Reflexology is the physical act of applying pressure to the feet, head, and hands with specific thumb, finger and hand techniques. It is based on a system of zones and reflex areas that reflect an image of the body on the feet and hands, and sometimes even the ears, with a premise that such work effects a physical change to the body. Reflexology not only promotes deep relaxation, but is known to have numerous health benefits.

What are the benefits of reflexology?

Reflexology helps to relax and harmonize your whole body. Regarded as one of the traditional Chinese healing arts, reflexology has been known to have many health benefits and is suitable for people of all ages. Reflexology aims to clear away blockages in the flow of energy around the body, and can also help to:

Our reflexology services at Relax the Feet are a therapeutic health aid and do not take the place of a physician’s care or services.

How does reflexology work?

There are many theories, but in our approach we look at the nervous system as the explanation of reflexology’s working. Pressure sensors in the feet and hands are a part of the body’s reflexive response that makes possible the “fight or flight” reaction to danger. Feet ready to flee and hands ready to fight communicate with the body’s internal organs to make possible with eventuality. The sudden adrenal surge that enables a person to lift a car is an example of this reaction. Reflexology taps into this reflex network, providing an exercise of pressure sensors and thus the internal organs to which they are inextricably tied.

Reflexology also works on three negative factors that can cause disease – inflammation, congestion and tension. By applying pressure and using specialized thumb, finger and hand techniques, sensory receptors in the nerves of the feet are stimulated. Stimulation of the nerve endings produce energy which is then distributed to the nervous system. This improves circulation and helps to release endorphins, also known as the body’s natural pain killer and stress reliever. Reflexology eases aches and pains, soothes and calms the whole body and helps with the overall better functioning of bodily systems.

What is a reflexology map? 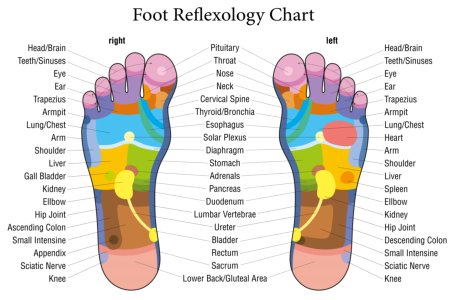 What should I expect from a reflexology session?

It is a clothed session with only the removal of shoes and socks as a requirement. Reflexologists use pressure, stretch, and movement to work through the foot methodically. The whole foot should be worked in most circumstances. However, the reflexologist should work within your comfort zone. You should feel relaxed but alert at the end of the session. Finally, enjoy the session!

Where did reflexology originate from?

Around the world and throughout history reflexology has been rediscovered and reinstated as an effective health practice by people seeking to deal with health concerns through natural alternatives. Archaeological evidence in Egypt (2330 BCE), China (2704 BCE) and Japan (690 CE) points to ancient reflexology medical systems. In the West, the concept of reflexology began to emerge in the 19th century based on research into the nervous system and reflex points. While no direct evidence of direct cross-fertilization from ancient times has been discovered, the practice of foot and hand work in a variety of cultures, belief systems, and historical periods speaks to reflexology for health as a universal bridging concept. 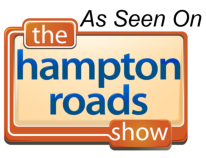 Serving You With Three Relax the Feet Premier Locations in Chesapeake and Virginia Beach!